Strategic Planning to Grow the Impact of the Tillotson Fund

Strategic Planning to Grow the Impact of the Tillotson Fund

How can one of the largest rural philanthropies in the United States do more to strengthen the surrounding communities and increase their economic and educational opportunities and well-being? 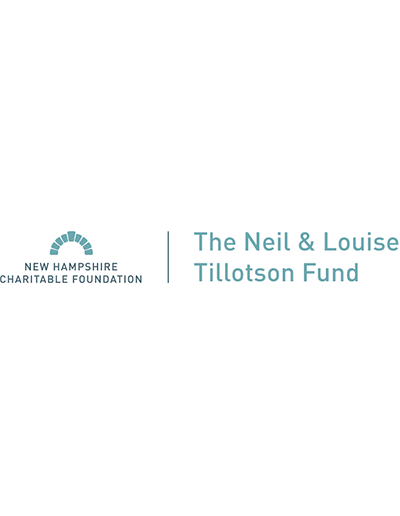 Neil Tillotson left his native Vermont at age 15 during the Depression to find work at the Hood Rubber Company in Massachusetts, He began experimenting with a liquid form of rubber called latex and soon opened his own rubber factory. Inspired by his love of Northern New Hampshire’s outdoor beauty, Neil Tillotson purchased the Balsams Grand Resort Hotel and 4,200 acres in Dixville Notch at a bankruptcy auction. In the 1950s, he moved his rubber factory from Massachusetts to Dixville Notch, in New Hampshire’s North Country. Over the decades, the hotel and rubber factory employed over a thousand workers and served as a critical economic engine for the region.

In 2001, Neil died at 102 years old and left the bulk of his assets to charity. In 2006, his widow, Louise, established the Tillotson donor-advised fund at the New Hampshire Charitable Foundation “to serve as a catalyst for the region to move toward sustainable community and economic development in Coös County and surrounding communities in the United States and Canada.” Since 2006, more than $41 million dollars has been awarded to organizations in Coös County and the surrounding regions, and the Tillotson Fund is one of the largest rural philanthropies in the United States.

While rich in natural resources, rural communities have been challenged in recent decades by dwindling populations, fewer employment opportunities, the opioid crisis, and a lack of public investment. The Tillotson Fund’s advisors and staff wanted to ensure they were doing as much as they could to carry out Neil Tillotson’s vision for a self-sufficient and thriving region with educational and economic opportunities for all.

In 2021, the Tillotson Fund engaged Root Cause to help it develop a new strategic plan that would strive for systemic change; while at the same time, support basic community needs. The Tillotson Fund — per Neil and Louise wishes — wants the North Country and its surrounding regions to flourish. The Tillotson Fund’s staff and advisors plan to use the strategic plan to engage community members in making “big bets” to strengthen the area’s economic and educational opportunities and contribute to enduring systemic change.

Root Cause designed and facilitated the following two phases of work:

In Phase I, Root Cause helped Tillotson’s advisors and staff:

In Phase II, Root Cause will seek input from community members, researchers/consultants, Tillotson advisors and staff and facilitate three working group sessions in order to develop a strategic plan that includes:

Phase I was completed at the end of 2021, resulting in a vision & values statement, governance plan, community engagement process, and research briefs that will inform the work of Phase II. Phase II kicked off in December 2021 and will go through May 2022. Phase II will result in a strategic plan collaboratively developed by community members, researchers, staff, and advisors.

The vision of the Neil and Louise Tillotson Fund, a donor-advised fund at the New Hampshire Charitable Foundation, is to serve as a catalyst for the region to move toward sustainable community and economic development in Coös County and surrounding communities in the United States and Canada. Tillotson Funds work to:

We're celebrating four years of the Biogen Foundation STAR Initiative in our Year 4 Annual Report! Read more about how our collective action with Biogen and STAR partners is helping to strengthen STEM education equity and access for young people underrepresented in STEM throughout Cambridge and Somerville.