In my blog post closing out 2019, I revisited the question I posed in March when I first launched this Finding Common Purpose blog: To what end? The question is so central, so important, that it cannot be asked too much. I’m starting out my 2020 posts by posing it again, in the context of where the blog is heading—which is decidedly to continue on a journey with readers about how we can collectively make more progress on getting millions more people on a pathway to lifelong success and keeping them on that path.

As I’ve discussed in post after post, those of us working in our sector are not doing a very good job at making sure millions more people are born healthy, enter school ready to learn, receive a quality education that leads to a well-paying job, and ultimately enjoy healthy and secure aging. That’s what I mean by the pathway to lifelong success. Even with myriad good programs for which I have tremendous respect—I’ve been able to highlight some of them in my blog—we’re failing to move the needle at the population level while reducing disparities on every aspect of that pathway. The reasons why involve a combination of different factors, some of which are no doubt out of our control, but I want to focus here on two overarching reasons that concern me most. They are both things we can do something about.

The first is that as the American dream has slipped away, we’ve failed to build a shared sense of purpose that could recapture it. From time to time in the blog I’ve referred to this as a 21st-century social contract.

If all of us working every day to improve people’s lives are not on the same page, it will be difficult to make anything more than nominal change individual by individual.

The second concerns what I have been referring to as the Nonprofit Industrial Complex—something of which I am a part and about which I’m going to be talking a lot more this year.  I am not the first to use this term.  I define it as a massive mix of hundreds of thousands of nonprofit organizations, myriad government programs at the federal, state, county, and municipal levels, thousands of foundations, millions of individual donors and volunteers, and hundreds of different school models. This behemoth raises and spends a trillion dollars each year and, at nearly every turn, fails the people it’s supposed to serve. It fails not because it doesn’t provide the breakfast it promised, or the backpack, or the tutoring, or the housing assistance, but because each of these efforts—and nearly all the other efforts—play out in a system rife with dysfunctions that prevent us from making the kind of population-level change and reduction in disparities we desperately want to achieve along every part of the pathway.

All of us in the Complex find ourselves caught up in this. But behind the scenes, I’ve been finding more and more people asking the question: To what end? That gives me hope. Writing last year’s blog posts and talking to lots and lots of people, I came to two important conclusions that are my 2020 Call to Action.

The first call to action is for leaders like myself, often the boomers who are in positions of power: listen more to those young workers in the Complex, most of whom are working directly with the people we’re all supposed to be serving, or at least closer to them than any of us leaders have been for decades, if ever.

The second call to action is for those workers: Speak up more. Take smart chances. Share the wisdom you’ve garnered out there in the “trenches.” Let your voices be heard.

And leaders, when those workers do raise up their voices, we need to react appropriately: Listen, take action, and empower more speaking up.

As long as we’re on the subject of speaking up and listening, let me give you an example of just one dysfunction as a preview to blog posts to come. I call it doing for, not doing with—with thanks to Susannah Morgan of the Oregon Food Bank, who described the opposite approach in an interview published in a blog post last May. It comes down to this: who knows better what is needed than those in need? Yet, we in the Complex, from professionals to donors, function as if we know best. Power and money—such as from billionaire donors—comes before the rarely solicited voices of the people served and those on the front lines doing the work. So let’s add a pledge to include the people we are supposed to be helping every step of the way—from planning, to implementing, to evaluating, to governing.

It’s taken more than 50 years for the Nonprofit Industrial Complex to build itself up, but I am confident we can turn things around if we—as a sector—practice some self-reflection. Let’s take a break from defending our work, our jobs, and our very existence, and instead take a collective look in the mirror. I’m sure we’ll be able to see our way towards new ways of working—like doing with, not doing for. That’s how we can realize the aspiration of millions more getting on and staying on the pathway to lifelong success. 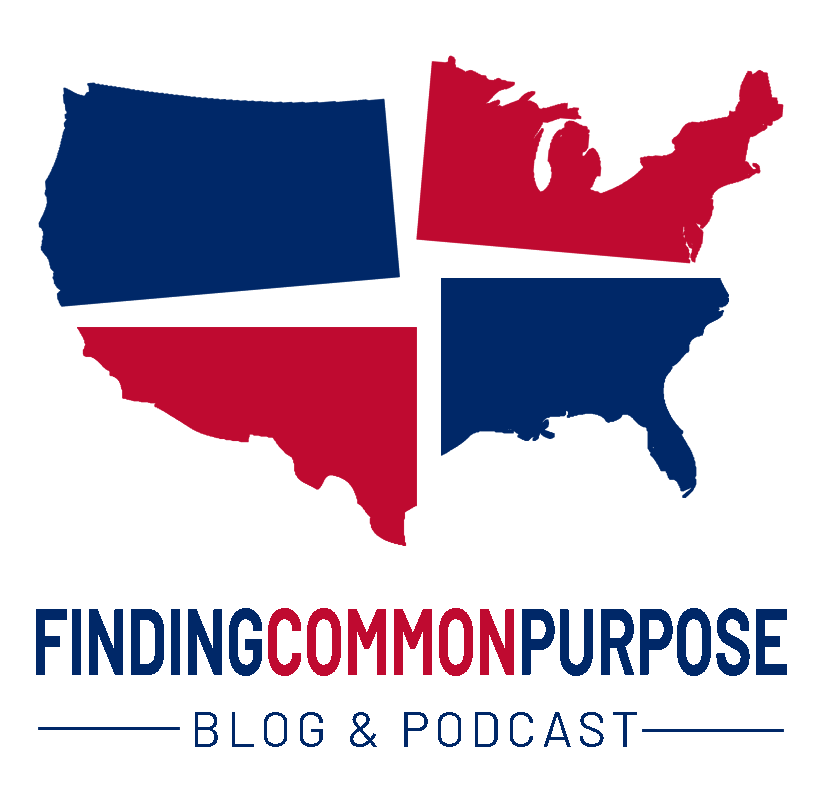 I’m excited to announce that beginning in early February, the “Finding Common Purpose” blog will be migrating to my new website. There you’ll also find links to my new podcast—see below for a preview —which will feature the interviews on which many of my previous posts have been based, as well as new content to come. Those of you who subscribe to this blog won’t have to do anything with this change; we’ll be sure to keep you on the list. Happy New Year!

To launch the New Year, check out this hilarious music video to the song “OK, Boomer.” It speaks for itself.

Finding Common Purpose is a blog about building a 21st Century Social Contract so that more people are born healthy, gain a quality education, secure a well-paying job, and live a healthy and secure life.  It is written by Andrew Wolk, founder & CEO of Root Cause. Read more at andrewwolk.com

12/23/19 - To what end? That’s the question I posed back in March when I launched the blog Finding Common Purpose. It’s a question I continue to pose to myself and to the tens of thousands of nonprofit organizations, myriad government programs at the federal, state, county, and municipal levels, thousands of foundations...

Data: To What End?

4/29/19 - In early March, Fast Company published an article that describes how three U.S. cities have essentially ended all chronic homelessness, and another nine have ended veteran homelessness. It’s all part of a national program called Built for Zero that uses a data-based approach to help officials figure out exactly who needs what services.

To What End? Part I

3/25/19 - For the past year, I’ve been asking people from all walks of life what “success” looks like. I’ve done this because, from my vantage point, it seems reaching just a basic level of success is becoming more and more difficult for a growing number of people in our communities across the United States of America...