Why Do So Many Low-Income College Students Drop Out? A Conversation with Patrick Rametti, Director of College Completion at Uncommon Schools: Part II

My last post, “It’s the Academics Stupid!,” introduced Patrick Rametti, Director of College Completion at Uncommon Schools—an organization that manages 54 nonprofit, charter public schools, kindergarten through high school, in urban locations in Massachusetts, New Jersey, and New York, with 20,000 students from low-income families. It ended with a promise to write next about the utter failure of post-secondary institutions, public two- and four-year colleges in particular, to graduate most of their students and what Uncommon Schools does to provide much-needed support.

The data are pretty alarming: in the United States overall, only 11% of students from the lowest-income quartile who attend college graduate within six years. That’s why Uncommon Schools—along with a host of other nonprofit programs such as Beyond 12 and Bottom Line, have stepped in to provide coaching and other services that help college students who may be struggling persist and graduate. Patrick described the Uncommon Schools efforts.

“Our students struggle with that sense of belonging when they get to college,” he told me, “especially if they’re first-generation college students or if it’s the first time students are in an environment where very few people look like them. Those challenges are real for our students, and oftentimes they start to question whether they belong and decide to drop out.” He’s talking about the imposter syndrome.

“We have an alumni support program” to help with this, Patrick explained. Alumni counselors are each supporting about 200 to 250 alumni spread out across two to three dozen college campuses. “They’re on the road right now, visiting kids and checking in.” They focus on “making sure our students are integrated into their schools, know the resources and the right people and places on campus to find solace when they need support.” The emphasis is on first-year students, and some second-year students, using “a differentiated outreach model with actual data to assign students a ‘risk rating’ for not persisting in college based on a variety of factors from financial to academic to socio-emotional to personal.” The most attention is given to the first six months, a critical time for new college students. After that the efforts shift to be more like check-ins as regularly as possible to make sure students are staying on track.

Uncommon Schools does this because the colleges themselves often fail to provide what Uncommon alumni need. “Our students don’t necessarily recognize how high the stakes are for getting it right at the beginning. They get so many repeat chances, and people believe so much in their potential, that they almost feel like they can’t fail because no one will let them. And then they get to college, and people actually don’t care if they fail. ‘That’s on you,’ they say.”

In other words, no one is watching out for these students once they get into their post-secondary institutions—except for Uncommon. It’s a vivid example of the handoff failure endemic in this country. But Uncommon sticks with its graduates, focusing intensely—at a critical time—on making sure they keep up academically so they won’t lose their financial aid and have to drop out.

I asked Patrick about that handoff failure, and whether Uncommon Schools is interacting with colleges about this issue rather than just gap-filling within the institutions its students are attending.

“We are trying to leverage the colleges to be the service providers,” he said. Patrick mentioned the Educational Opportunity Program in New York’s state colleges, the federal government’s TRIO Programs, and similar efforts to help lower-income students succeed at institutions of higher education. But, he added, “Often, our students don’t actually know all the opportunities and resources that exist on the campus.” So, they fail to take advantage of these kinds of help. Uncommon is filling that “awareness gap” in part with its “going to college” classes, taught by guidance counselors but with a curriculum informed by the alumni team, which “is basically saying ‘these are all the things that students need to know. Here’s the curriculum.’ And then college counselors teach it to students before they transition.”

Eventually, our discussion turned back to Uncommon Schools’ three-pronged approach: ensuring students are academically prepared for college; that they get the social and emotional support they need while in secondary school; and that when they go off to college they receive support to help keep them on track. Presently, most high schools prop up what has become a vicious cycle of unprepared kids getting into these institutions, doing poorly, losing their financial aid, and having to drop out. It’s notable that Uncommon takes its opposite approach with the same amount of money as those other schools—so clearly it’s not simply a budgetary constraint.

Why can’t we scale something like that across the system, I wondered, and not just across Uncommon Schools?

“It’s probably a lot more complex than this,” he answered, “but I would boil it down to the difference between a growth mindset and a fixed mindset. As a society, I feel like the conversation is less about how we can make things better and more about how we can keep things the same.”

In different words than I typically use, Patrick was describing one of the features of what I call the Nonprofit Industrial Complex—which includes all of our public educational institutions, charter or otherwise. That “fixed mindset” is a pervasive unwillingness to do things differently, to measure what really matters and set targets, and to set out down new roads that may not be in the best interest of an organization interested first and foremost in sustaining itself (a feature of so many nonprofits). In a world of “factories” measured by how many kids graduate from high school—regardless of whether they’re prepared for whatever ought to come next—Uncommon Schools’ relentless focus is unique: it’s the anti-factory.

In addition to Patrick, I have now spoken with a student, employer, and CEO of a job training program about the part of the lifelong success pathway from high school to post-secondary education or training to a good paying job. It seems so damn obvious to me that if we are to make progress as a country, more people have to succeed at each part of the pathway. That success is the determinant of whether they can stay on the pathway. The dysfunctions covered over this series of posts have often left me speechless, but I am encouraged by those who are willing to focus on the things that actually make a tangible difference in people’s lives.

Up next is someone working at a public university who is seeking to do just that.

As I’ve done with many other interviewees, I invited Patrick to provide a song with which to end my blog post. He offered “The Miseducation of Lauryn Hill.”

“Although Lauryn Hill is recounting her own personal story,” he said, “I think it captures the sentiment that young people growing up in impoverished communities are not set up to be successful in life. The fact that the ‘system’ is broken cultivates a mindset fixated on what’s not possible rather than what is. But Lauryn Hill’s story of overcoming the odds shows that people do not have some built-in limitations to succeeding.

To read more about students dropping out of college before graduating, and why, click here and here and here.

We need a new social contract for the 21st century, one grounded in a simple idea: that success is a lifelong endeavor. People succeed when they achieve milestones starting with a healthy birth, to a quality education, a good paying job, and healthy and sustainable aging. A social contract can bring people and institutions together so that more people and families experience lifelong success. The “Finding Common Purpose” blog explores how government, nonprofits, philanthropy, and businesses can work together to achieve population-level change and reduce disparities.

It’s the Academics, Stupid! A Conversation with Patrick Rametti, Director of College Completion at Uncommon Schools: Part I

11/4/2019 - Do you know that 38% of undergraduates are at public two-year colleges? That of the remaining 62%, three-fourths attend four-year public colleges and universities? Or that overall, only 11% of students from the lowest-income quartile graduate within six years—and that 40% never finish?

12/9/19 - For the past several posts, I’ve been exploring one particular span of the pathway to lifelong success: the transition from high school to college or some other post-secondary education/training and on the way to a good-paying job. 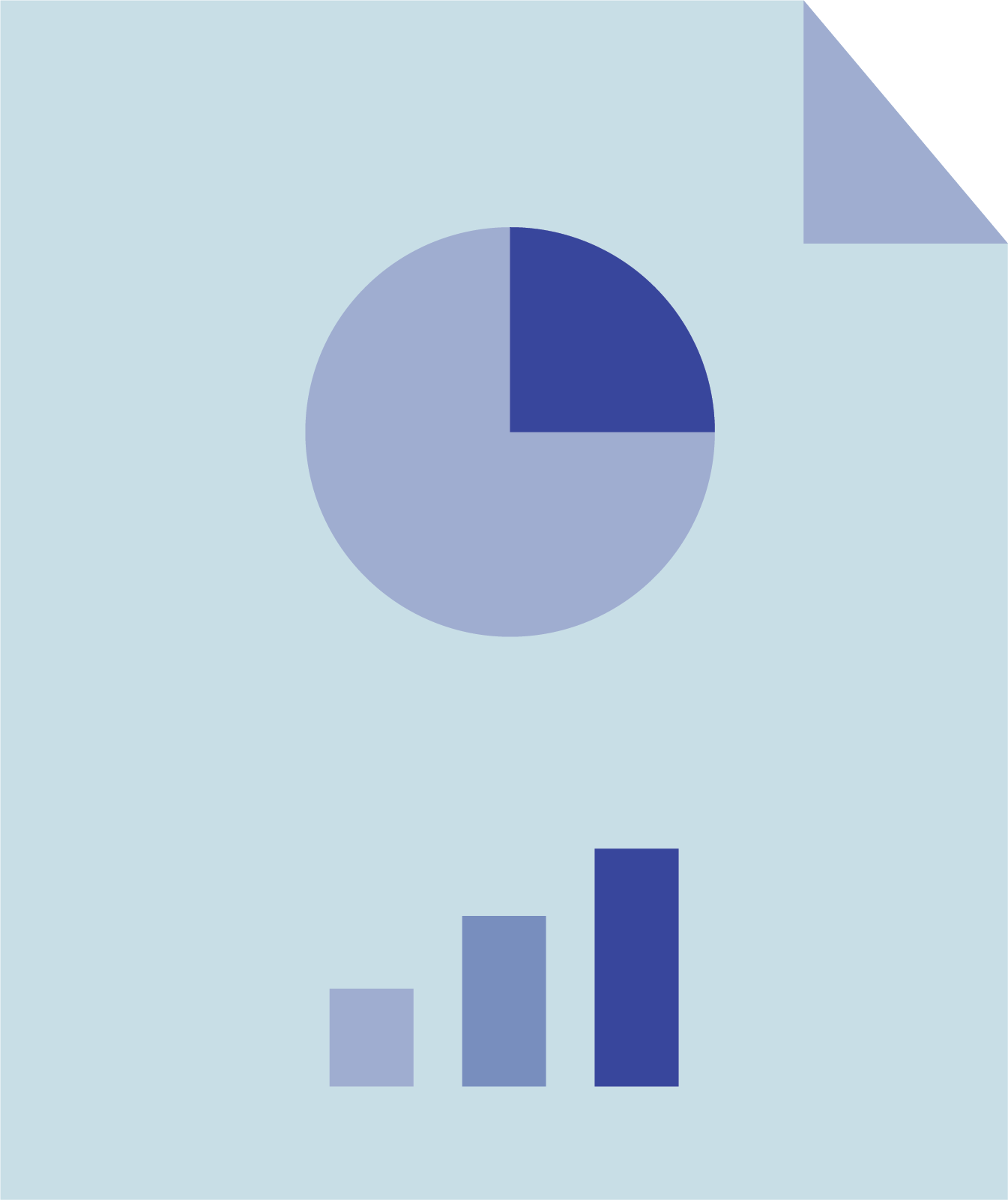 College access and success refers to the field occupied by organizations working to ensure that all students graduate from high school with the ability to enter college and successfully obtain a degree.